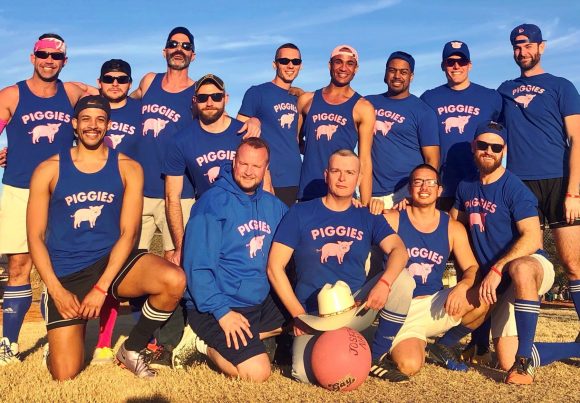 Piggies are a Los Angeles based kickball team who compete in Division A of the Varsity Gay League during the spring, summer, and fall seasons. The team also competes in national tournaments like the Sin City Classic, Stonewall Tournament, and the Gay Kickball Championship.

The goal was to form a competitive team who practices good sportsmanship on and off the field and are inclusive of all players regardless of race, sex, age, or sexual orientation. Since then, Piggies have become one of the most competitive and recognizable teams in national kickball.

For Spring 2019, Piggies is expanding to include a B team to play on Saturdays. If you’re interested in joining, please email Josephnava@gmail.com for more details.