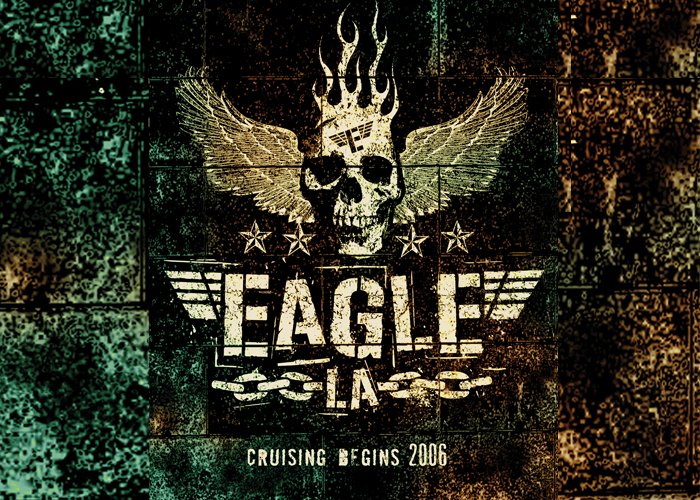 Gauntlet II was in operation for 21 years. Then, in the summer of 2005 Charlie and business partner Vince decided to buy the bar with the intention of making a name change. In April 2006, Eagle LA was born, or, reborn as it may be. There was an original Eagle LA located in West Hollywood at the corner of Santa Monica Blvd. and Fairfax. It operated for 15 years and closed in 1995. Although that Eagle is of no relation to Charlie or Vince, they are proud to reestablish the Eagle LA and become the latest in a long line of Eagle bars in cities throughout the US and around the world. It has always been their mission to uphold the Leather/Uniform/Fetish traditions set forth by the infamous Eagle name and that traditions still holds true today.

The History of Club Cup Cake

The history of the Eagle started out as the best April Fools gag ever pulled off within the Los Angeles Leather community. We had targeted April 1, 2006 as the launch date from Gauntlet II to Eagle LA. The entire community knew a change was coming, but didn’t know we were changing it to Eagle LA. We didn’t want to change the name on April Fools Day, but we also didn’t want to pass up an opportunity for a little April Fools fun. So we created a poster, flyer’s and ran an ad announcing the introduction of Silver Lakes newest Sassiest Boy Bar/Dance Club, Club Cup Cake.

Everyone fell for it hook line and sinker, we never expected the reaction that followed. The community and other local competing businesses/bars were SHOCKED and OUTRAGED!!! We were bombarded with emails and phone calls in protest. “The Gauntlet II has been a leather institution for 21 years, how dare we dismiss and do away with one of LA’s longest running leather establishments” they said. People were demanding to be removed from the mailing list insisting they will not be a part of or support such a blatant disregard for LA’s leather history.

When we launched Eagle LA the next day on April 2, along with a statement, April Fools, most everyone laughed hysterically and thought the whole scheme was rather brilliant. There were a few who didn’t find it so funny, and never came back. For those all we can say is, lighten up. Life is far too short to not have a sense of humor.

So in honor of this great moment in Eagle LA history, once a year around April 1st we poke fun at ourselves and bring you, Club Cup Cake and the Mr Cup Cake Contest, enjoy.